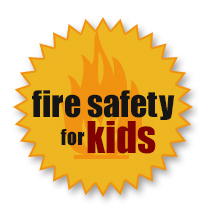 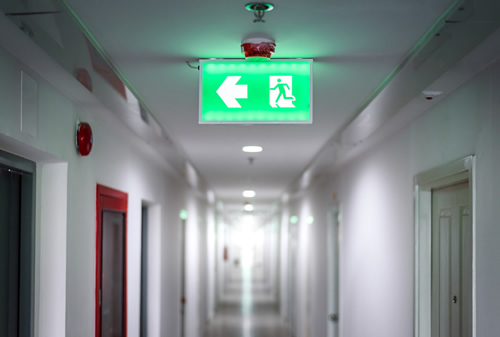 Going to college is an exciting time for students and their parents. Living in a new “home away from home” not only gives young adults more freedom to make their own choices, but it also provides them an increased level of personal responsibility while at school. When it comes to on- and off-campus housing, it’s important for students and parents to keep fire safety top of mind.

It’s a fact, there’s not a lot of space in your dorm room or apartment but that doesn’t mean you should store your bikes, suitcases, etc. in halls and stairwells – and especially NOT in front of exit doors. You need these areas free and clear so you can make a fast escape in case of a fire. If stuff is blocking your exits, you could easily get trapped inside the burning building.

Candles are one of the leading causes of fire in both on- and off-campus housing and because of this, most colleges and universities won’t allow them in dorms. If you want to use candles off-campus try flameless candles. They are inexpensive and come in many shapes and colors. Buy them online or at your nearest home or pharmacy store.

Campus fire safety by the numbers

This website uses cookies to improve your experience while you navigate through the website. Out of these, the cookies that are categorized as necessary are stored on your browser as they are essential for the working of basic functionalities of the website. We also use third-party cookies that help us analyze and understand how you use this website. These cookies will be stored in your browser only with your consent. You also have the option to opt-out of these cookies. But opting out of some of these cookies may affect your browsing experience.
Necessary Always Enabled
Necessary cookies are absolutely essential for the website to function properly. This category only includes cookies that ensures basic functionalities and security features of the website. These cookies do not store any personal information.
Non-necessary
Any cookies that may not be particularly necessary for the website to function and is used specifically to collect user personal data via analytics, ads, other embedded contents are termed as non-necessary cookies. It is mandatory to procure user consent prior to running these cookies on your website.
SAVE & ACCEPT